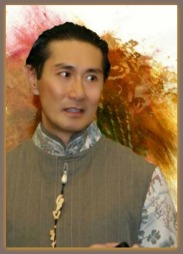 For this installment of my Watch This Space series, I want to profile award-winning erotica author Young.  Originally from Malaysia, Bernard Foong writes gay erotica under the name Young, and to say that he’s led an interesting life is a massive understatement.

He was born into a wealthy family in Kuala Lumpur and spent his formative years at an exclusive British boarding school.  As an adult, Foong has spent years in the fashion industry, traveling extensively, designing haute couture and lingerie.  He’s also a noted costume designer.

But it’s his writing I want to talk about.  Bernard Foong’s A Harem Boy’s Saga: A Memoir by Young is, in fact, his autobiography.  It was during those years as a schoolboy in England that he was inducted into a secret organization, E.R.O.S. (The Enlightened Royal Oracle Society) and without his family’s knowledge, he was taken to the Middle East where he spent four years serving as a harem boy.  According to Foong, he “willingly and happily” served in seven different Arab household harems during that time.

A Harem Boy’s Saga will eventually include seven volumes.  The first three have won several awards and have spent time on Amazon’s Best-Seller list. 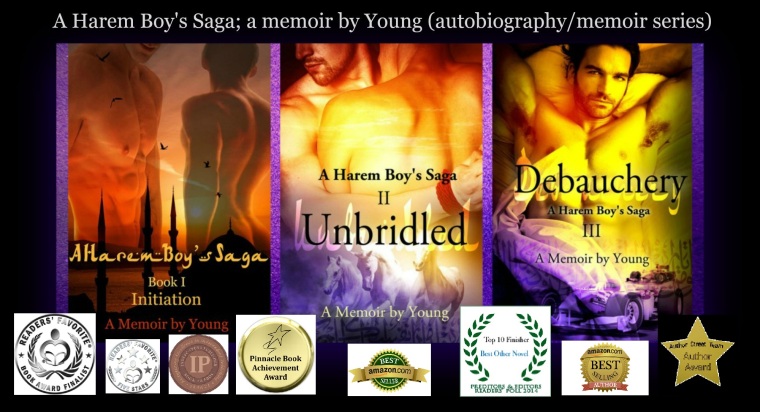 Foong kept quiet about his early experiences for forty-five years, finally deciding that the time was right for him to tell his story.  He is passionate about causes that support tolerance and understanding of gay kids and says that a story done by Anderson Cooper about the hateful treatment of effeminate boys inspired him to speak out and to share his life story.

I love anything that’s about promoting kindness and understanding and I find Bernard Foong absolutely inspiring.  If you’re interested in reading his story, you can find his books here.  If you’d like to contact him, he’s on WordPress, Facebook, Twitter (@aharemboysaga), and he has a blog.