Finally Available in One Boxed Set! 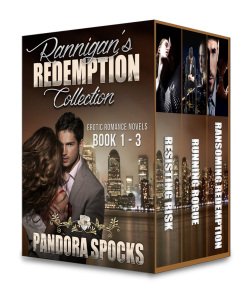 Michael and Maggie meet at a job fair, where he hires her practically on the spot.  She’s smart and good her job.  But there’s more to it than he’s willing to admit.  He’s attracted to her.  Which doesn’t make sense.  She’s nothing like the women he dates.  She’s way too smart, for one thing.

And Maggie’s in love with him, too.  Realizing the situation is all but hopeless, she contents herself with working with him.

One night tears them apart.  And from that point they’re both just running rogue, each making questionable decisions in their professional and personal lives.

A moment of desperation brings them back together.  After Michael has burned all his bridges, Maggie’s the only one willing to stand by him.

And he’s grateful.  He knows he needs to make it up to her, to somehow find redemption for himself. 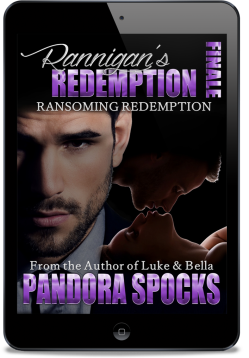 Here’s what readers are saying…

“If you decided to read this story, you should prepare yourself. The journey of Michael and Maggie will carry you through a gripping narrative of suspense and enticement. The world of defense law surfaces as dark and decadent, driving the main characters to the fringes of heightened intensity. The character motivations are easy to understand, but as the story unravels, highly charged emotions plunge the characters into uncharted territories. Pandora has outdone herself on this story. A great read.”

“…Pandora Spocks has an incredibly original new voice in erotica and romance. This particular offering is truthfully raw, something you don’t see often in the romance genre. She does a really nice job transporting her reader into the cut throat world of defense law, and in the end you really don’t know what’s coming next.”

“…it’s the book fifty shades should have been.”

“…The finale is an emotional powerhouse…”

“…there are very few books that made me bawl like a baby. One was Fine Things by Daniel Steele. And that’s who Pandora Spocks’ writing can be compared to. Steele, Jackie Collins. She’s one of the finest Indie writers I’ve met.”

How about a sexy sample of Rannigan’s Redemption…

One night in late January, Michael attended a black-tie gala at the Met.  His date Kimberley had cancelled at the last minute, suddenly called out of town for an emergency photo shoot.  She was replacing someone who’d dropped out sick.

He rolled his eyes.  Because God knows we need more swimsuit photos, he thought irritably.  On the other hand, flying solo tonight might not be the worst thing in the world.  He glanced around at scores of beautiful women draped in designer gowns. I’m always up for something new.

He made his way to the bar where he ordered a bourbon.  “Make mine a dirty martini,” said a smoky female voice to his right.  He glanced over to see a stunning blonde in a sparkling strapless black gown with a deep plunging neckline showcasing stellar tits and a slit up the left side revealing an exquisite leg.

Michael smiled slyly and said, “You know what they say about women who order dirty martinis.”

The woman glanced at him sideways.  “No.  What do they say?” she challenged.

“They say that women who order dirty martinis are enchanting, gorgeous, and intelligent.”  He grinned playfully. “I’m Michael Rannigan.”

The woman laughed.  “Well, Michael Rannigan, I see that you’re blessed with the gift of gab.  I’m Alexis Bennett.”

“Nice to meet you, Alexis Bennett.  Tell me, are you here with your husband?  Boyfriend?  Lesbian lover?”  He gave his best mischievous smirk.

She laughed again.  “You are shameless,” she said shaking her head.  “No, sadly, they all stayed home.  I’m here by myself tonight.”

Michael shook his head.  “That will never do.  You’re at the wrong table.”

She frowned.  “Which is the right table?”

“Mine, of course, number 5.  I’ll have the situation remedied immediately,” he said.  “Believe you me, heads will roll.”

Throughout dinner Michael kept up the charm and Alexis seemed to enjoy his company.  As they chatted, she revealed that she was a talent agent representing many prominent news personalities and she seemed interested in the fact that Michael was an attorney.

After dinner, they skipped out on the rest of the festivities in favor of heading to Michael’s place for drinks.  Behind his bar mixing a martini for her and pouring a bourbon for himself, Michael regaled Alexis with stories from his years in court, embellishing here and there for effect.  She laughed in the appropriate places as she perched on a bar stool across from him.  His eyes were drawn to her mesmerizing cleavage and to the shapely left leg obligingly revealed by the slit in her gown.

Michael grinned mischievously.  “I’m something of a voyeur,” he said.  “How about you undress while I watch?”  He sauntered over to the couch and took a seat, crossing his ankle over his knee and resting his arms on the back.

Alexis slid off the stool and stood in the middle of the living room.  Giving him a sly look, she reached under her left arm and unzipped the Elie Saab gown and let it slide down and pool around her black Christian Louboutins.

She reminds me of Veronica, Michael thought.  They could almost be sisters.  His cock responded instantly to that thought.

He smiled appreciatively at her black lace bustier with garters holding up sheer black stockings.  A tiny black thong completed the ensemble.   His eyes traveled back up to the creamy mounds bursting from the top of the overextended lace.  He hooked a finger toward her in a ‘come hither’ motion.

She walked over and straddled him, pressing her lips to his.  He’d waited as long as he could to get his hands on her glorious tits.  A sharp tug allowed them to spill out over the top of the bustier and he gathered them up in his hands, hefting their weight and brushing across the sharp pink nubs with his thumbs.

Alexis, for her part, began to grind his erection with her sex, moaning lightly as his member responded favorably to her movements.  As he took her left tit into his mouth, she moved her hands down to undo his pants and release his rock-hard cock.  Shifting slightly, she pulled aside the thong and slid him into her, tossing back her head as he filled her wet and needy core.  Her movements began in earnest as she rode him feverishly.  Michael moved his hips in harmony with hers and felt his release begin to build.

He wrapped his arms around her waist and gripped her tightly as he stood, laying her on the coffee table and beginning to fuck her in earnest.  “Oh, baby, you feel so good,” he cooed into her ear.  Her heightened cries announced her imminent climax and he felt his own release pulsing in conjunction with the clenching of her sex.  The sensation of ecstasy washed over him as his essence poured out.

He held himself over her for a moment, panting to catch his breath, before he kissed her lightly on the forehead and removed himself from her.

Here’s where you can find Rannigan’s Redemption. 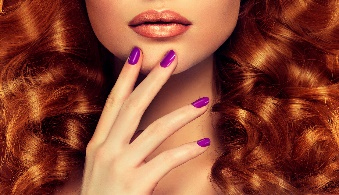 Pandora Spocks is a sassy ginger and a hopeless romantic living her happily ever after in South Florida with her loving Sir, one large German shepherd, and two normal-sized cats. She aspires to own chickens and a giraffe.

Pandora has had stories pinballing around in her head for years. At one point, she spent hours daydreaming in Mrs. Howe’s ninth grade algebra class. She didn’t learn much algebra, but she had some really good ideas. Recently she decided to try her hand at sharing those stories with others.

You can find Pandora here:

One thought on “Today’s The Day!”