Rawhide Lake, home of the tiny island where the cabin sits, is located roughly 30 miles from the town of Elliot Lake, and is uninhabited, save for our cabin and a few remote guest cabins located miles away at the other end of the lake.  There are no roads and the lake is accessible only by bush plane or by portaging across several lakes.

There was one summer when we spent a couple of days waiting for the weather to clear enough to be able to make the flight, but by the third morning, being unwilling to waste more of our vacation, we opted to make the portage.  This means that we left our vehicle at the guest lodge of some friends of ours, loaded up as much as we could carry, and hiked from there to the first of about three lakes.  Having paid the teenage son of the lodge owners to carry an outboard motor for us, we schlepped our bags, coolers, and food through the forest for an hour or so, and loaded it all into the skiff that waited, overturned at the edge of the lake.  Once we’d ridden to the other side of the lake, we gathered our things once again and hiked over hill and dale to the next lake, where we repeated the same process a couple more times.

While it was an unexpected adventure, it was a reminder of why we normally paid quite a sum to a bush pilot, who’d fly us and our things to the lake in about 45 minutes.

The DeHavilland Beaver is the quintessential Canadian bush plane.  They were first flown in 1947 and were commercially produced until 1967.

In LOST & BOUND, leading man Blake Walker, former wilderness counselor, has spent the last few years helping to run his family’s business, Lake Miranda Lodge.  He also owns a DeHavilland Beaver, which he uses to fly guests to and from some of their more remote properties.

In the story, after several days of being alone on the tiny island, leading lady Shasta Pyke begs Blake to take her with him when he flies to a nearby lake to ready a remote cabin for incoming guests.  As I wrote that part of the story, I tried to paint a sensory impression of what it’s like to bounce along the top of the water and take off in a small aircraft.  Truthfully, it’s a bit scary, and believe me when I say that your tummy does the little ‘whoopsy’ thing.

If you’ll notice in the photo, the pilot always kept his door open except when we were in the air.  I have no idea why he did that, but I added it to the story, making sure that Shasta freaked out about it a little.  Hmm…  Writing as therapy…

Once you’re in the air, the view of the wilderness is spectacular.  The lakes were all formed by glaciers and they can be very deep in places.  But the water is crystal clear for way deeper than you’d imagine.  It’s absolutely breathtaking.

The forests, lakes, and marshes are home to all kinds of wildlife, including black bears, moose, foxes, wolves, and other potentially scary critters.

Once, while flying to the island, the pilot spotted a moose standing in the shallows of a lake below us, so he banked around sharply to circle the massive beast and give us a good look.  Which was cool, after my life stopped flashing before my eyes.  In the story, I had Blake do the same for Shasta, and she reacted pretty much like I did. 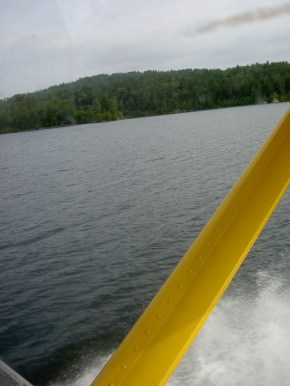 Landing on the water is quite an experience, too.  Again, there’s the little tummy flip, and the sudden bumping of the pontoons across the top of the water.  I always loved the way the pontoons create a spray that fantails out behind the plane.  The view is better from the ground, but you can still see it from inside the plane.

In LOST & BOUND, Blake adores his plane, but I also gave another character an older model of the deHavilland Beaver.  You’ll have to read to find out who it is.

Curious?  You’ll have to wait a bit longer to read LOST & BOUND.  But stay tuned for the next Behind the Book post. 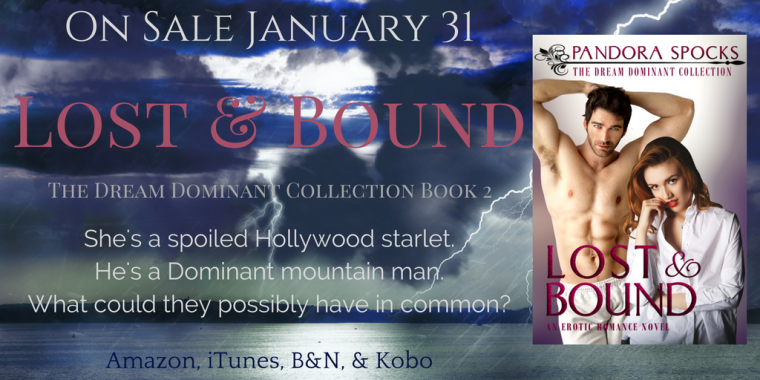 LOST & BOUND will be released on January 31,

but you can PreOrder it now by using this universal link:

7 thoughts on “Behind the Book–Post 2: The DeHavilland Beaver”