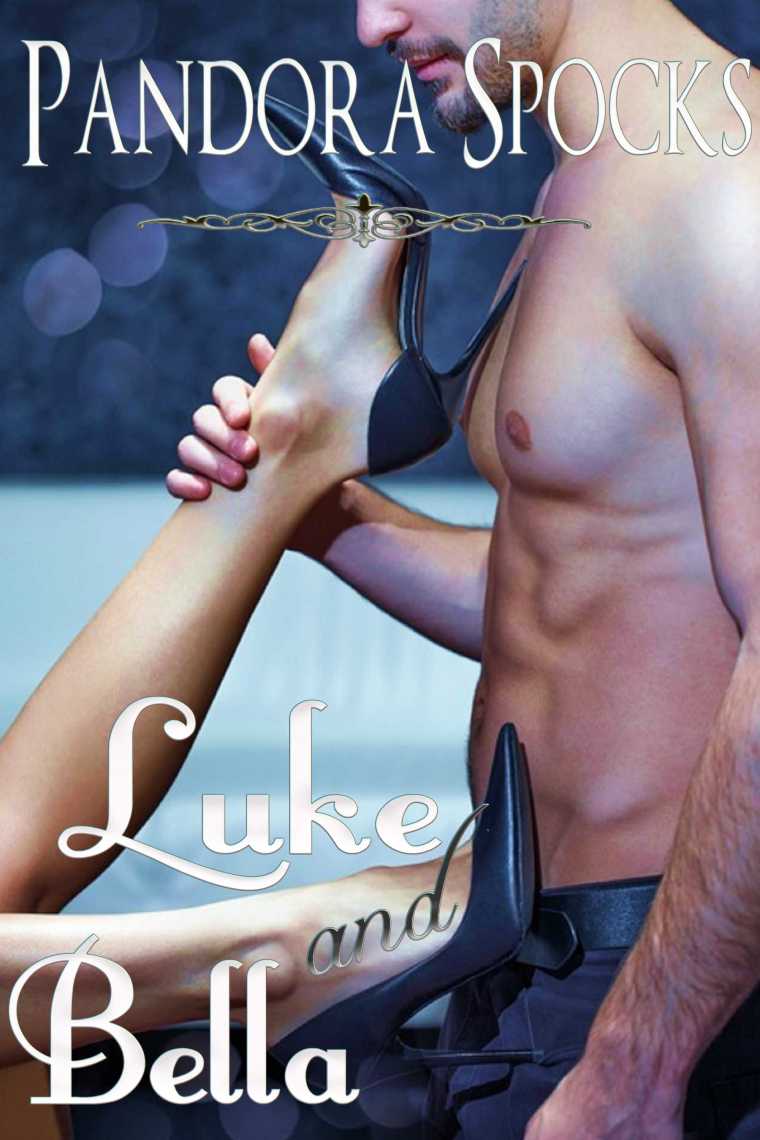 I always consider LUKE & BELLA a sentimental favorite.  It’s the first book I published, and it holds a special place in my heart.  The story grew out of considering this question: What would be the coolest job in the world?

My answer was, being paid to travel all over the world.  Since that’s not likely to happen, I created characters who are hired to jet around the world creating a new television travel program.

Luke is a world-weary photographer who’s given up on the world of television news, retiring to Florida to soothe his jaded wounds with copious amounts of alcohol and the occasional anonymous hook-up.

Bella is an enthusiastic, take-charge television journalist who’s ready to try her hand at something new.  Traveling to exotic cities, staying in world-class hotels, is it any wonder they give in to their mutual attraction?

But Luke hasn’t been completely straight with Bella.  Is he in too deep to tell her the truth now?

“So is work done, then?  Let me give you the best table in the house and the serious drinking can commence,” said Nevin, grinning gleefully.  He led them to a high top table next to the back wall with a view of the entire pub.  Luke and Bella sat across from each other while Nevin disappeared.

“That was good,” Luke said.

Nevin returned with a new bottle of Three Labels and three glasses.  He proceeded to pour them each a shot.  They all lifted their glasses and Nevin toasted, “To friends!”  They all tossed back the Scotch.

Bella coughed a little and the men laughed.

Luke’s eyes immediately went to her cleavage which was fully on display in the deeply v-cut black sweater.  “Careful, Cowboy,” Luke whispered to himself.  Bella glanced at him, unsure she’d heard him clearly.

“Well, friends, I need to take care of my customers.  I’ll stop by later to see how you’re doing.”  They watched him move away greeting people like long lost family.

“He’s quite the force of nature, isn’t he?” Bella commented.

“Yeah, he’s good people,” Luke replied.  He poured himself a second shot and offered one to Bella, not expecting her to take it and surprised when she did.  He tossed his back and watched her do the same, without coughing this time.

“You didn’t tell me you’d worked here before.  I’m wondering why,” Bella said, looking at him intensely.

“It’s not a very good memory, actually.  Not one I like to discuss,” he replied, pouring for himself again. She still had him fixed with that fierce gaze and he realized she wasn’t going to let the matter drop.

Luke sighed.  “What do you want me to say, Bella?  I’ve seen a lot of shit in my time.  The explosion here?  It was bad.  Took them three days to put out the fire.  Debris was scattered for two miles in every direction.  They found charred body parts…” he trailed off.

“You still have nightmares.”  It was not a question.

He set his mouth in a grim line, finished with the topic.

“Well, we’re interviewing a survivor of that fire tomorrow at 10:30,” she countered, and poured herself another shot.

“That’s our appointment tomorrow?” he asked.

Bella nodded.  “Are you going to be alright with that?”

“Sure, no worries,” he replied, draining his shot.  She tossed back hers as well, looking him straight in the eye.  He watched her but didn’t say anything.  She had to be feeling that Scotch by now.

He poured again for himself and she pointed to her glass.   Somebody has a competitive streak, he thought.  He poured for her as well, but questioned the wisdom of doing so.

A server approached their table balancing a small tray carrying a single glass of white wine.  “This is for the lady from the gentleman at the bar,” she said.  Luke looked toward the bar and saw a short young man standing at the bar staring at Bella.

“Tell the gentleman the lady says No, thank you,” Luke growled, surprising Bella.

“Oy, pal, Nevin says the lady isn’t with anybody,” called the man at the bar.

“Clearly, she’s with me,” Luke countered, and started to get up.  Nevin rushed in to diffuse the situation, offering a free drink to the man at the bar and shooting an amused glance at Luke.

“Alright, Princess.  Let’s get you back to the hotel,” said Luke, protectively.  He helped her to her feet and they moved toward the bar.  “See you tomorrow, Nevin.  Around 2:00?” Luke said.

“2:00 it is,” Nevin replied.  Bella waved goodbye and turned unsteadily toward the door.  Nevin winked at Luke and turned back to his customers.

Get your copy of LUKE & BELLA here: books2read.com/LukeAndBella