With my newest book Chasing Ordinary officially launched and doing well, I’ve started my next one, the fourth Dream Dominant tentatively called Warrior Mine.  It’s a spin-off from Lost & Bound, and already 20k words in, I’m getting excited about this book.  It’s the story of Blake’s friend Scott, and his romance with Blake’s sister, Jackie.

I don’t own these images, they’re from Pinterest, but they’re from my Warrior Mine board.  Follow me there to get insight into my inspirations for my stories. 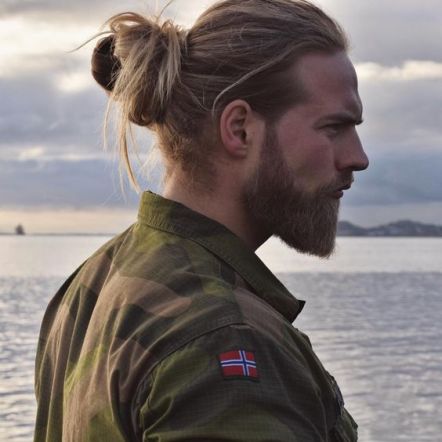 For the last week or so, I’ve had a different story in my mind that I just can’t let go of, so I’ve begun writing a new story I’m calling Voices for now.  I added it to my Teasers tab, but for some reason it doesn’t show up.  I thought I’d share the first chapter. 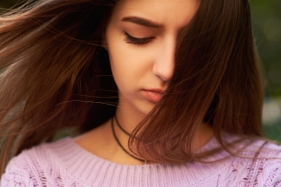 Jenny Danvers shakily pushed herself into a sitting position in the back seat of the black SUV, ignoring the pulsing of her swollen left eye, trying desperately to focus with her right one as she peered through the dark-tinted windows.

Her minders, Slater and Wilcox (she had no idea of their first names, nor did she care to know) had left her in the back seat of the SUV when they’d gone into the truck stop for a bite to eat.  They’d assumed she was unconscious, which she had been, momentarily knocked out by Slater’s right jab to the right side of her face.

This after backhanding her across the mouth.  Tentatively, she pushed her tongue toward her puffy lip, her mouth filled with the harsh metallic tang of her own blood.  Her teeth seemed to be intact, no thanks to Slater’s meaty blow.

All because she’d fought him.  And she’d do it again.  Every time.

She might have no say when it came to Victor Sorkin, when he summoned her in the middle of the odd night, or when he gifted her to certain esteemed business associates.  But she’d be goddamned if she’d allow Victor’s slimy minions to presume to take their fill of her.

The trio been on their way from Los Angeles to San Francisco.  An arms dealer with whom Victor wanted to do business was staying at the Four Seasons.  Jenny was meant to be a good-will offering for the weekend.

Currently, she had a bigger problem, though.

“Now what are you going to do?” Wilcox had whined.  Jenny, her head pounding, had feigned unconsciousness.

“She’s not going to tell him anything,” Slater had snarled.

“But what will you tell him?” Wilcox had wondered.

Slater had growled and punched the dashboard.  “Stupid retard cunt!  Kicked me in the balls so hard, I still can’t breathe right.”

Squinting through her good eye, Jenny had seen Slater turn to look at her.  “We’ll have to kill her.”

“We?!  What the hell are you talking about?  I didn’t touch her,” Wilcox had squeaked.

“What happens if we take her to San Francisco?  Hauer calls Sorkin to complain about the merchandise.  And Sorkin kills us.”

He’d glared at Wilcox, daring him to contradict him.  “What happens if we take her back to LA like that?  Sorkin kills us.”

He’d shaken his head.  “It’s the only way.  We drive all the way to San Francisco.  Because he’ll be tracking us on GPS.  We stay in front of the hotel long enough to have taken her upstairs.  Then we go to our hotel.  We’ll rent a car, take her out into the boondocks, and get rid of her.”

“But Hauer will call to complain that she never got there,” Wilcox had reasoned.

“Come on,” Slater had said, with one last glance into the backseat.  “Let’s go get something to eat and work out the details.  The bitch is out cold anyway.”

After the pair had left, Jenny had forced herself to remain motionless, counting to a thousand before opening her eyes.  By now, her left eye was swelled completely shut, and her lip felt as though it was ten times its normal size.

She had to get out.  They’d be back any minute.  If she rode with them to San Francisco, there would be no escape.  This was her only chance.  She supposed she should count her lucky stars Victor had decided for them to drive rather than fly.

The cloudy day threatened rain, but so far, the day had been dry.  With the midday sun obscured by clouds as it was, Jenny wasn’t certain of the time, but she’d guess early afternoon.  The truck stop was busy, with semis and all sorts of vehicles entering and leaving constantly.

Across the lot, she saw a cowboy in a straw hat checking on a horse in a vintage turquoise and white horse trailer pulled behind a silver pick-up truck.  Seemingly satisfied with the horse’s well-being, he turned and walked across the lot, passing her as she watched from the SUV, and headed inside the restaurant.

GO! her brain screamed at her.

She looked down at herself.  She was not dressed for walking around a truck stop.  In her slinky club dress with its halter top and micro-mini skirt, she was more suited for the function she was expected to perform.

Not any more, Victor.  She kicked off the silver stilettos and glanced toward the restaurant.  She couldn’t see Slater or Wilcox in the window booths.  It seemed safe to assume they were seated further inside.

Carefully, she opened the door and stepped barefoot onto the pavement.  The day was cool, and she instantly felt chilled.  She closed the door quietly, and head down, she moved in the direction of the horse trailer.

Once she got there, she looked around the parking lot.  Everyone seemed to be preoccupied with their own business.  On her tiptoes, she peered into the trailer.  Only one of the two stalls was occupied.  She tried the tailgate hopefully, but it was locked.  Glancing around again, she saw that the lot was briefly empty of people.  She stepped up onto the bumper, reached the top of the tailgate, and pushed herself up.  With one last glance over her shoulder, she leaned forward, tumbling headfirst into the trailer.

The horse, a large brown and white spotted Appaloosa, whinnied in protest, stomping her feet and pulling at the rope tethering her to the front of the trailer.

Carefully avoiding the stomping hooves, Jenny crab-scrambled backwards to the front wall of the trailer.  A large black jacket hung from a hook, and she jerked it down, slipping it on and zipping up the front.

The jacket was huge, probably meant for someone the size of the cowboy she’d seen, but it was warm.  She tucked her knees under her chin and pulled the jacket down over her bare legs and feet, pulling the hood over her head.

Come on, come on.  She willed her heart to stop pounding as she waited for the cowboy to come back and drive them away from the truck stop.

Chasing Ordinary, and my other books, including Lost & Bound,
are available at my
Amazon Author Page.