The ever-sexy and uber-talented Linzi Basset had just released the third book in her Club Devil’s Cove series, HIS DEVIL’S WISH.

“Ah yes, that I am. Thanks for reminding me, Paige.”

Paige Scott saw it coming. She had been living a double life and had hoodwinked the delicious Dr. Brodie a time or two . . . or three in the past. It wasn’t her fault. He was irresistible to her. As her boss, he captured her heart. As her Dom, he owned her body. But this game of cat and mouse is about to get wilder and Paige has nowhere to hide.

Ethan is a suave beast on the scent of his prey. Prude Paige whets his appetite, while the sensuous siren at the club satiates his hunger. There is one problem though. He can’t get enough. Paige brings out the devil in him. Even as he pushes her limits and demolishes her boundaries, he loses himself more and more in her splendor. Her beauty subsumes him.

As Ethan and Paige explore the thin line between love and lust, a nefarious plot is underfoot. The Sixth Order is colluding in cross-border crimes and hundreds of innocent lives are at risk. Ethan and Paige find themselves confronting a common enemy and a chance to finally put the past behind them.

Will Ethan, Rhone and their team be successful in uncovering the festering roots of corruption? Or will it be too little, too late?

Editor’s note: Gird you loins and strap on your seat belts. This is going to be a fast, thrilling and sizzling ride. Remember to breathe, occasionally. 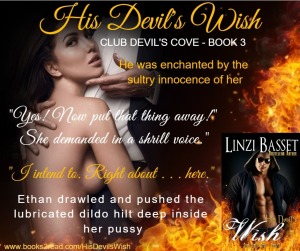 What are you waiting for?
Click here now and start reading on Amazon and remember,
it’s available on Amazon Kindle Unlimited.