Rannigan’s Redemption, a sexy law drama in three parts, has been out for a few years now, but there’s exciting news: All three books have brand new covers, and they’re finally all available in paperback for the first time! 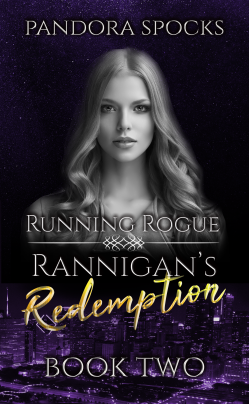 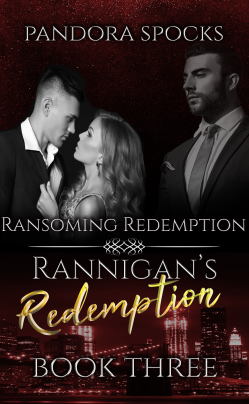 Rannigan’s Redemption, my three-novel spicy vanilla law drama, is the story of the complicated relationship between bad boy Manhattan attorney Michael Rannigan and Maggie Flynn, the smart redhead he hires to join his prestigious firm.

Michael is a rogue, an inveterate player with a stable of surgically-enhanced bottle-blondes at his beck and call.  Maggie’s smart and capable, maybe even a better lawyer than Michael, if he stops to think about it.  She’s too smart for his sexual tastes, definitely not his type.  So why can’t he get her out of his mind?

Maggie has been in love with him from the beginning.  She knows how he operates, and that the situation is all but hopeless.  But she sees the man he could be.  For now, she’s content to work with him.

What would happen if they crossed that line?

Here’s a little teaser from the first book, RESISTING RISK.

With the concert over, the dj was back in position and guests were taking advantage of the dance floor situated at the opposite end of the dinner tent from Michael’s table.  Michael and Maggie dodged enthusiastic dancers as they headed back to check on Ben.

White candles on the tables and white paper lanterns hung along the sides of the tent washed the scene in soft light.  Nearby trees had been strung with tiny sparkling lights and with nightfall the place took on the appearance of a fairyland.

Ben was asleep with his head on the table when Michael and Maggie returned.  The Murphys and the Methenys arrived at the table just behind them and their return caused Ben to stir slightly.

“I didn’t see him but I heard him.  He sounds great,” Maggie commented.

“Michael, we’re going to be heading out.  We still have to get back to the city and pay the babysitters while we can still afford it,” Brian laughed and he moved around the table to shake Michael’s hand.  Pam and Renee gathered their purses and wraps.

“Did you guys share a car?” Michael asked.  “I didn’t realize.  Well, hey, I’m glad you made it out tonight.  We should go out together more often.”  He shook Jim’s hand and pecked Pam and Renee on the cheeks.

“Maggie, it was lovely meeting you,” Renee said.  “We’ll all get together for lunch or something.”

“That sounds great.  It was nice meeting you as well.  Safe travels,” Maggie said.  They stood and watched the foursome leave.

Maggie looked down at Ben, who was still asleep.  “I’m so sorry, Michael.  I never dreamed he’d be like this.”

Michael waved off the apology.  “Never apologize for someone else.  At least he’s quiet.”  They both laughed lightly.

“I should probably try to get him moving so we can go,” Maggie said.  “Ben, wake up.  Come on, seriously, we should be going.”

Michael watched her attempt to wake the sleeping Ben.  As she leaned forward over the table her tits came precariously close to spilling out of the deep v neckline and Michael was mesmerized, feeling himself become aroused.

“Hey Mags, let him sleep.  I’m stuck waiting here until my car returns.  Let’s hang out and you two can ride back with me.  Besides, they’re supposed to have fireworks in about an hour.”

“Really?”  Maggie gave a relieved smile.  “I wasn’t sure how I was going to get him home on the train.  I sort of pictured tossing him over my shoulder firefighter style.”

They both laughed as Michael removed his jacket and loosened his tie, placing the jacket on the back of the chair beside him.  He flagged down a waiter and quietly said something Maggie didn’t catch.  The waiter nodded.  “I’ll be right back, sir.”

Michael motioned to a chair beside him.  “Come, relax.”  As Maggie moved to Michael’s side of the table, the waiter returned with a bottle of wine and two glasses.  He opened the wine and offered it to Michael.

“That’s fine, thanks, I’ll take it from here,” he said, handing the man a generous tip.  Michael poured as Maggie sat beside him, their chairs facing each other.

She leaned an elbow on the table.  “That’s some service,” she commented.

He shrugged.  “You just have to ask nicely,” he said.  “Too many people behave like assholes.  Everybody likes to be treated with courtesy.”

They sipped without speaking for a while, enjoying the music from the other end of the tent.  Maggie spoke up.  “The Murphys and the Methenys were very charming.  I liked Pam and Renee.”

Michael nodded.  “Yeah, they’re good people.  Although the girls looked like bored house fraus out for a night on the town.”

Maggie let out a surprised laugh and playfully slapped his arm.  “They did not, they were lovely!”

“Just calling them like I see them,” Michael chuckled.

“Well I thought they were sweet.  And it’s sweet they had to get home to their kids.  They’re such nice families.”

Michael rolled his eyes.  “Don’t tell me.  Mary Margaret Flynn aspires to be a member of the Dowdy House Frau Club.  Ah, yes, the white picket fence, the 2.3 kids, the cocker spaniel.  You’d give up your career and move to the suburbs?”

Maggie blinked and spluttered, “The what?  I don’t…I mean you can’t just…”

“I’m not talking about giving up my career or moving.  People raise families in the city.  They do it all the time.  Don’t you want all that?  You know, a home, a wife, kids.  I mean, sometime, not now.  But seriously, Michael.  You mock all that like it’s pointless.”

She regarded him seriously.  “But you don’t want to grow old alone.  Don’t you want someone to be there for you when life gets difficult?”

“I would think you of all people would get it,” Michael said, draining his wine and pouring another glass.  “People let you down.  They leave you and you have to fend for yourself.  It’s just easier this way.  You know what you’re getting.”

“Being alone in the world was never my choice.  And I hope to find someone to build a life with, to create a family with, if only to do better than what I had growing up,” she replied passionately.

“Your date tonight is an unconscious gay guy.  And how are you doing on that family thing?” he asked darkly.

Maggie swigged the rest of her wine.  “Well, it’s easier said than done,” she acknowledged quietly.

They drank in silence for a while, the mood between them soured.

“He does.  He told me so.  Asked me if it would be breaking firm policy to ask you out.”

“I wouldn’t go out with him,” Maggie said firmly.

“He’s a very nice guy.  I’m just not attracted to him.  It wouldn’t be right,” she answered.

Michael shook his head, bewildered.  They settled into quietly listening to the music as they sipped their wine.

Recognizing the intro to the next song, Maggie cried out, “Oh! Moon Dance!  I love Van Morrison.”

Michael gave her a sideways glance and held out his hand.  “Come on, Mags.  Dance with me.”

She took his hand as he helped her to her feet and she giggled self-consciously, her several glasses of wine causing her to wobble a little as they walked to the dance floor.  He turned to face her, placing his right hand on the small of her back and holding up her right hand in his left.

Maggie giggled again.  “So formal, Mr. Rannigan,” she smiled up at him.

He crooked an eyebrow at her.  “I’ve had lessons, Ms. Flynn.”  They began moving around the dance floor, swaying to the beat of the music.  Michael crooned along and made Maggie laugh by spinning her several times then pulling her close.  At one point he suddenly dipped her backwards, causing her to whoop in surprise.  Nearby dancers applauded as he pulled her back up and held her to him.  He could feel her heart pounding as she caught her breath.

“God, you smell good,” she whispered against his neck.

“That, Ms. Flynn,” he teased, “is because I showered and put on clean clothes today.”  His wit was rewarded by Maggie’s laughter.

Van Morrison finished moondancing and he was replaced by Eric Clapton singing about a woman who looks wonderful tonight.  Maggie stopped dancing and stepped back from Michael.

She shook her head.  “I don’t know, Michael, it’s a slow song.” Maggie gazed up at him sheepishly, the self-conscious look back in place.

His soft brown eyes burned into hers.  “I’m not done.  And you do, you know.  You look wonderful tonight.”

Without waiting for her to reply, he once again pulled her close to himself with one hand on the small of her back, the other gripping her right hand and pulling it in to his collar bone, brushing it across his lips in the process.  He could feel her breath against his neck, then she sighed quietly and rested her head on his shoulder.  He hummed the rest of the song and when it was over, he continued holding her close.

A loud whistle followed by an explosion jarred them both as the fireworks display began over the water.  Michael released her and she stepped back.  “That was…” Maggie looked up into his face, eyes shining, “nice.”

He grinned down at her.  “Yes, it was.  Shall we go watch the fireworks?”

RESISTING RISK is available at your favorite online bookseller.
books2read.com/ResistingRisk

The very first chapter introduces you to Michael Rannigan.  In this trailer, I read it to you.