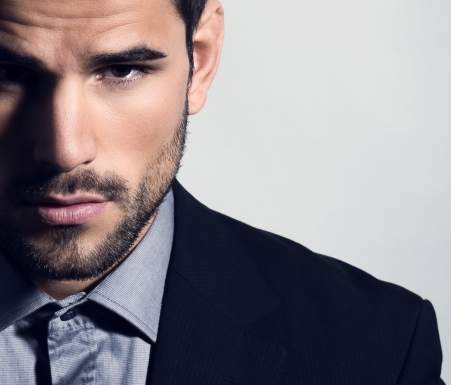 I’ve been so busy promoting my Dream Dominant Collection, that I feel I’m neglecting my sexy law drama, Rannigan’s Redemption.  So that stops now.

I’ll just come right out and say it.  Michael is not a nice guy.  He’s an inveterate player, and he’s always looking out for number one.  He avoids emotional attachments, preferring to surround himself with vapid blondes who are as shallow as he is.

He hired Maggie because he can see how smart she is.  She’s a great addition to his team.  But there’s something irresistible about Mary Margaret Flynn, something that he can’t quite shake, no matter how hard he tries.

In this excerpt, the first chapter from the book, meet Michael Rannigan.

Fucking her had been inevitable, he reasoned.  After all, Maggie was not unattractive with her thick red hair, bright green eyes shaded by long red lashes she darkened with mascara, the smattering of freckles across her nose.  Beneath those inexpensive business suits she favored, her body wasn’t bad.  Don’t think he hadn’t noticed.

It was an odd line of thought for a man on vacation.  He stretched out his legs on the chaise and gazed past his tanned bare feet to the turquoise water of the Indian Ocean.  His travel agent had assured him that he’d love the Maldives.  He raised his glass of bourbon in a toast to Nancy at East Coast Travel, but his thoughts returned to Maggie.

He’d actually been surprised at the firm, full, round tits he’d unearthed beneath that conservative grey blouse.  They were much larger than he’d realized, in a natural, homegrown sort of way.

Obviously, she wasn’t his usual taste. He preferred bottle blondes with tiny waists and store-bought tits, the bigger the better.  In fact, if a woman resembled Barbie, it was a plus.  Not that he’d turn down a hot brunette, either.  He gravitated toward socialites, models, or occasionally actresses, the more successful the better.  Less successful women tended to be needy, emotionally speaking.  Flight attendants were his among his favorites.  They could never stay.

He glanced to his right at Vivian, the chosen one accompanying him on this trip. She wore only the tiniest black bikini bottoms, having removed the top to avoid tan lines.  Her white blonde hair was swept up in a knot on top of her head.  Expensive designer sunglasses shaded eyes he knew were violet, albeit artificially so, thanks to purple contacts.  Plumped pouting lips were precisely situated beneath her perfect designer nose.  Had she told him that she’d had her lips done again just before they left New York?  He couldn’t seem to remember.  His gaze fell to her enormous tits.  They really are her best quality, he thought.  Later, he’d fuck those tits.  She could always shower before dinner.

As a fellow attorney, Maggie was much too bright for his liking as well.  He wasn’t in it for the conversation, after all; he was never interested in what they had to say.  And boning a colleague was usually a bad idea.  But she’d liked him.  She always had, since she first was hired at Murphy, Rannigan, & Metheny.

There were those who called Michael Rannigan shallow.  He shook his head.  Fuck them, and the horse they rode in on, he thought.

RESISTING RISK is available at all the usual online booksellers
for just 99¢.
But it’s FREE when you subscribe to my newsletter,
Pandora’s Box Unleashed.
https://www.instafreebie.com/free/EvsRs